Disco Elysium created by ZA/UM is an open-world, role-playing game, in which the Knights have dealt with a part of development.

The action of the game takes place in the old city of Revachol, located in a fictional world that connects contemporary realities with fantastic elements. The player takes on the role of a detective with a unique skill system. The main tasks are exploration, conducting conversations and fighting.

Disco Elysium - a classic, detective RPG, which is one of the most interesting games of 2019. It takes over 60 hours of continuous playtime to complete it and the game has about 100 quests. “It is one million words long”, said Robert Kurvitz, Lead Designer of Disco Elysium. This colossal game received a lot of awards even before the official release and became a global bestseller on Steam and GOG within a few hours after launch.

Polishing was the general task for the Knights. We were responsible for remaking the UI design and localization. We have helped with bug fixing and reworking of the character development and dialogue systems. Works on this project lasted for almost 12 months and engaged a total of 5 Knights. 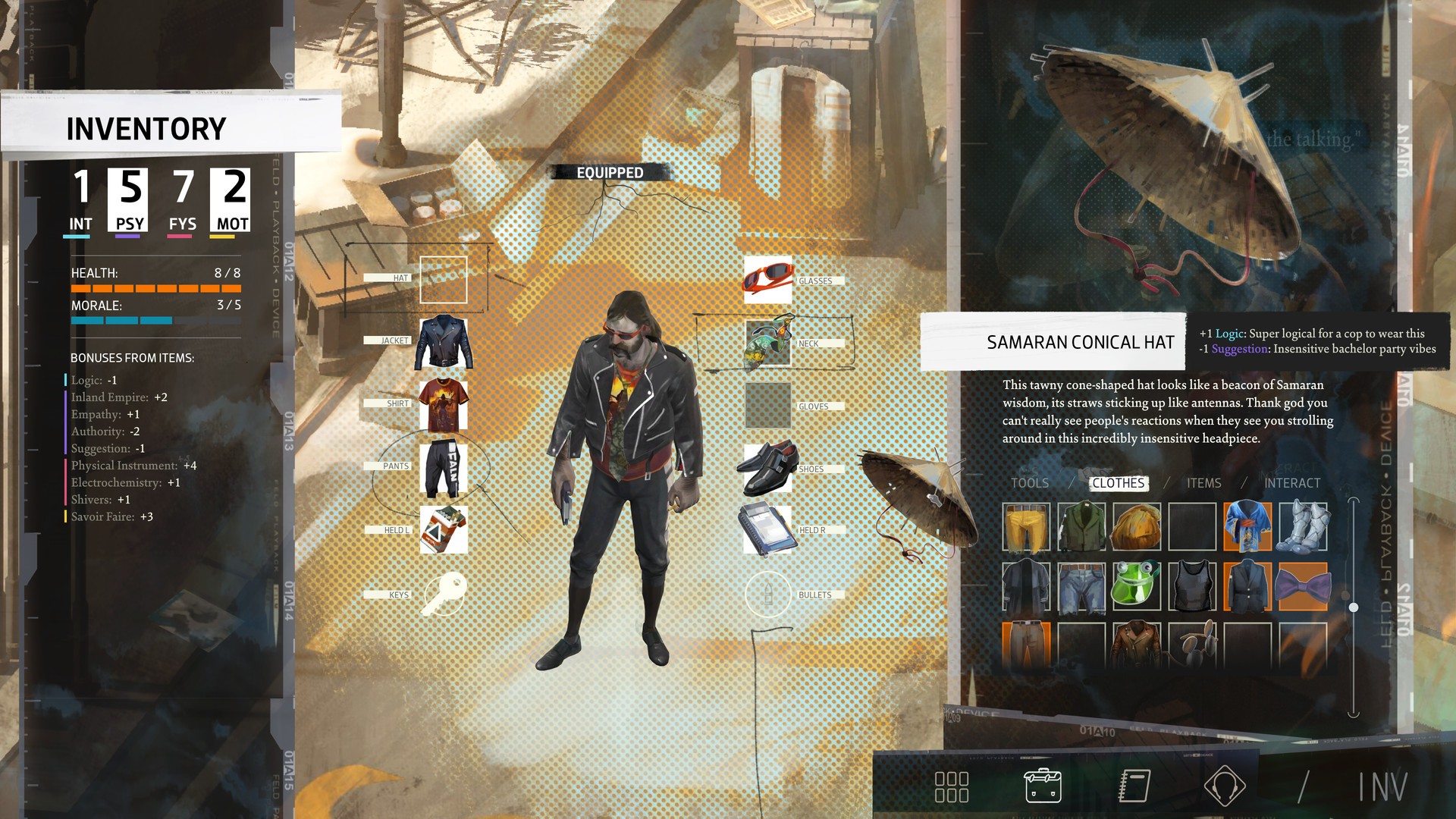 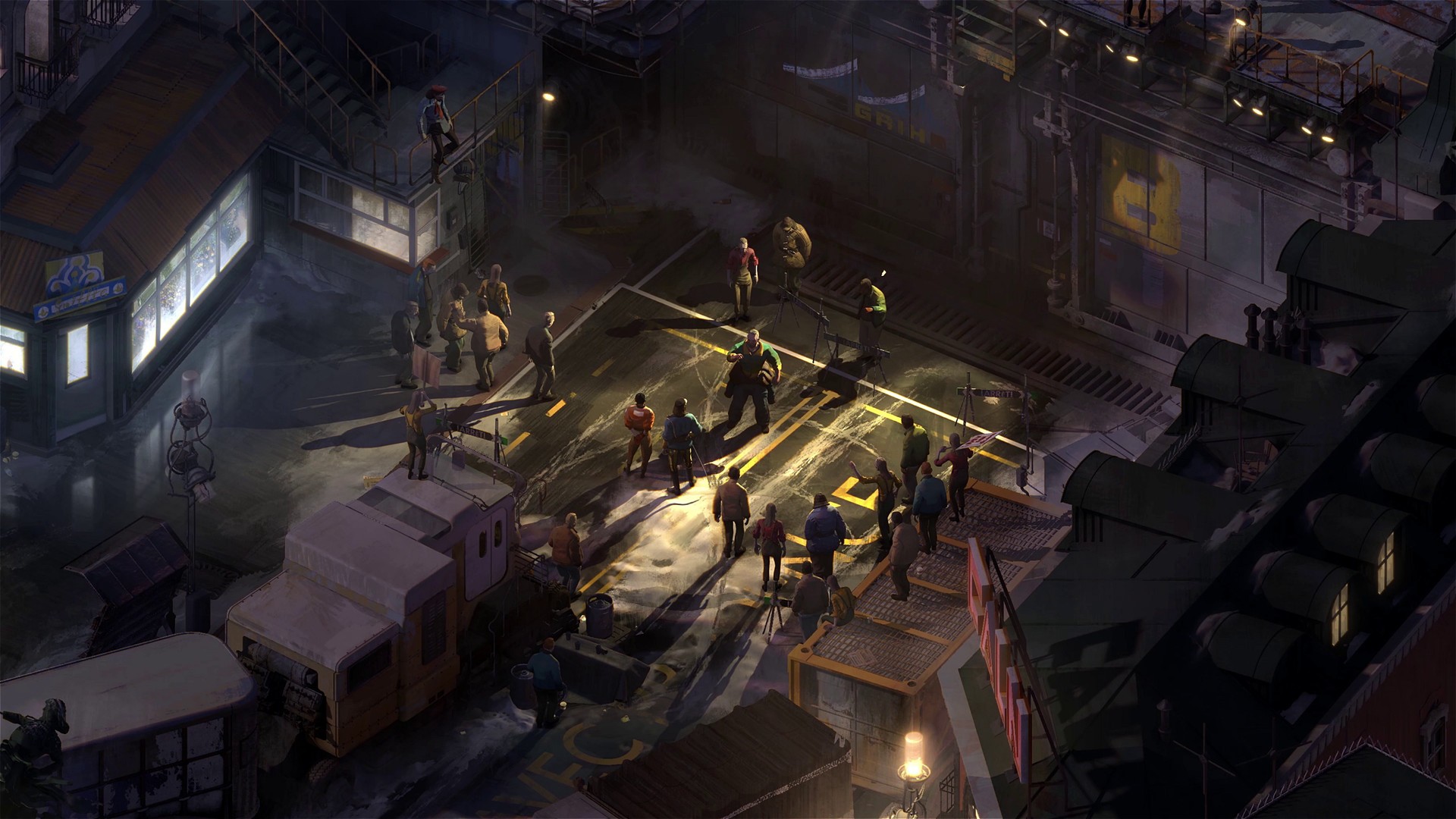 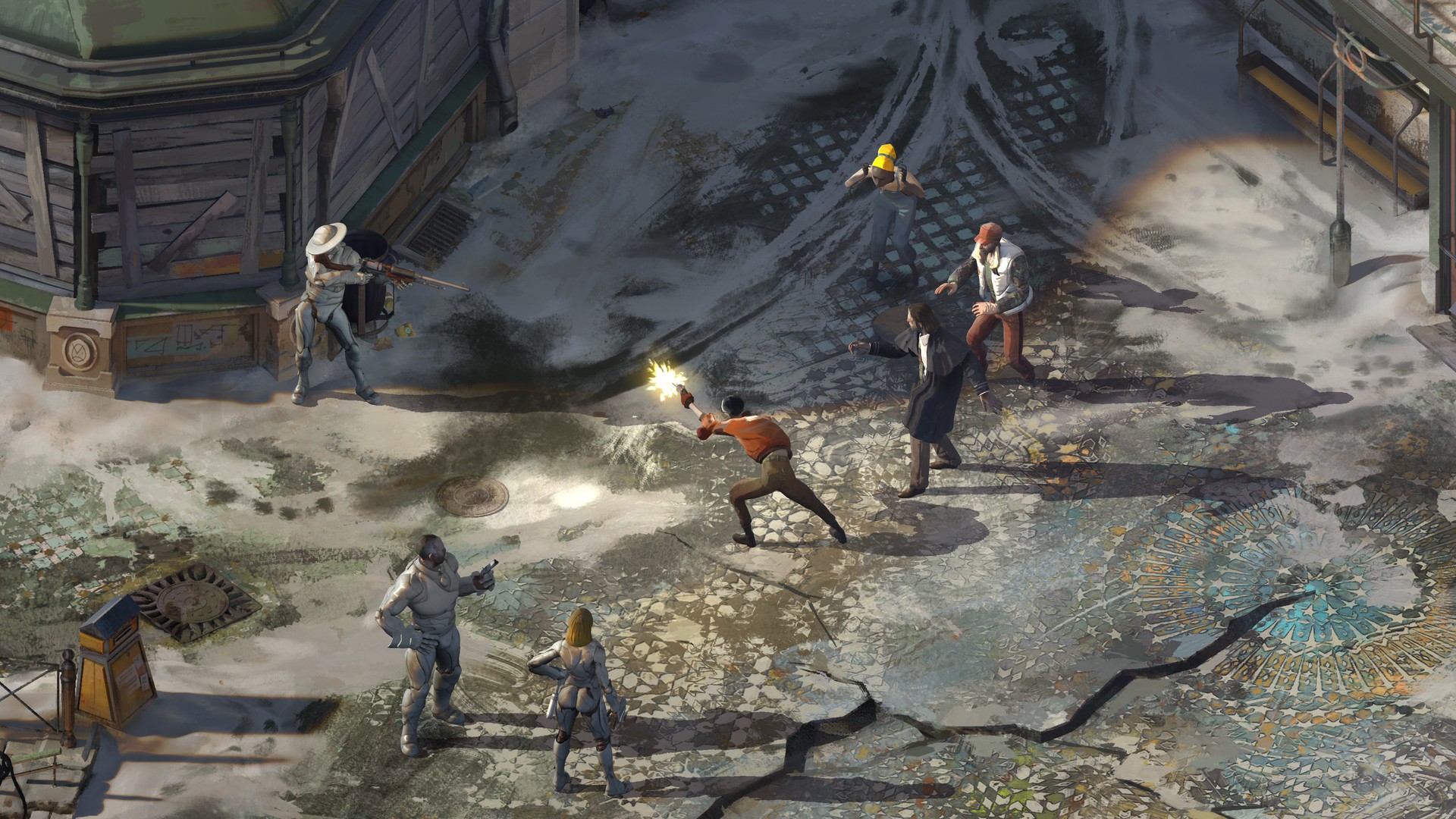 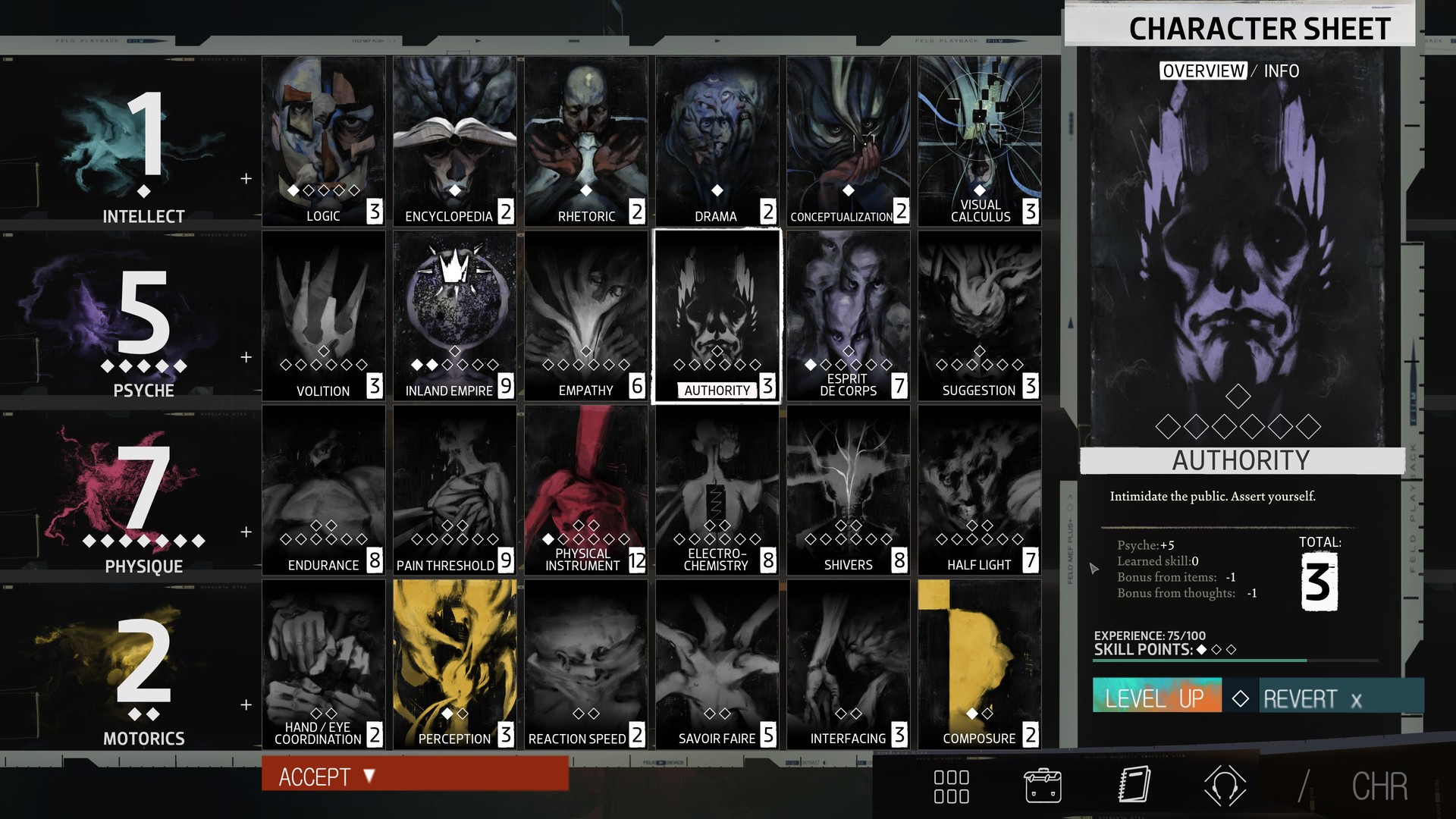 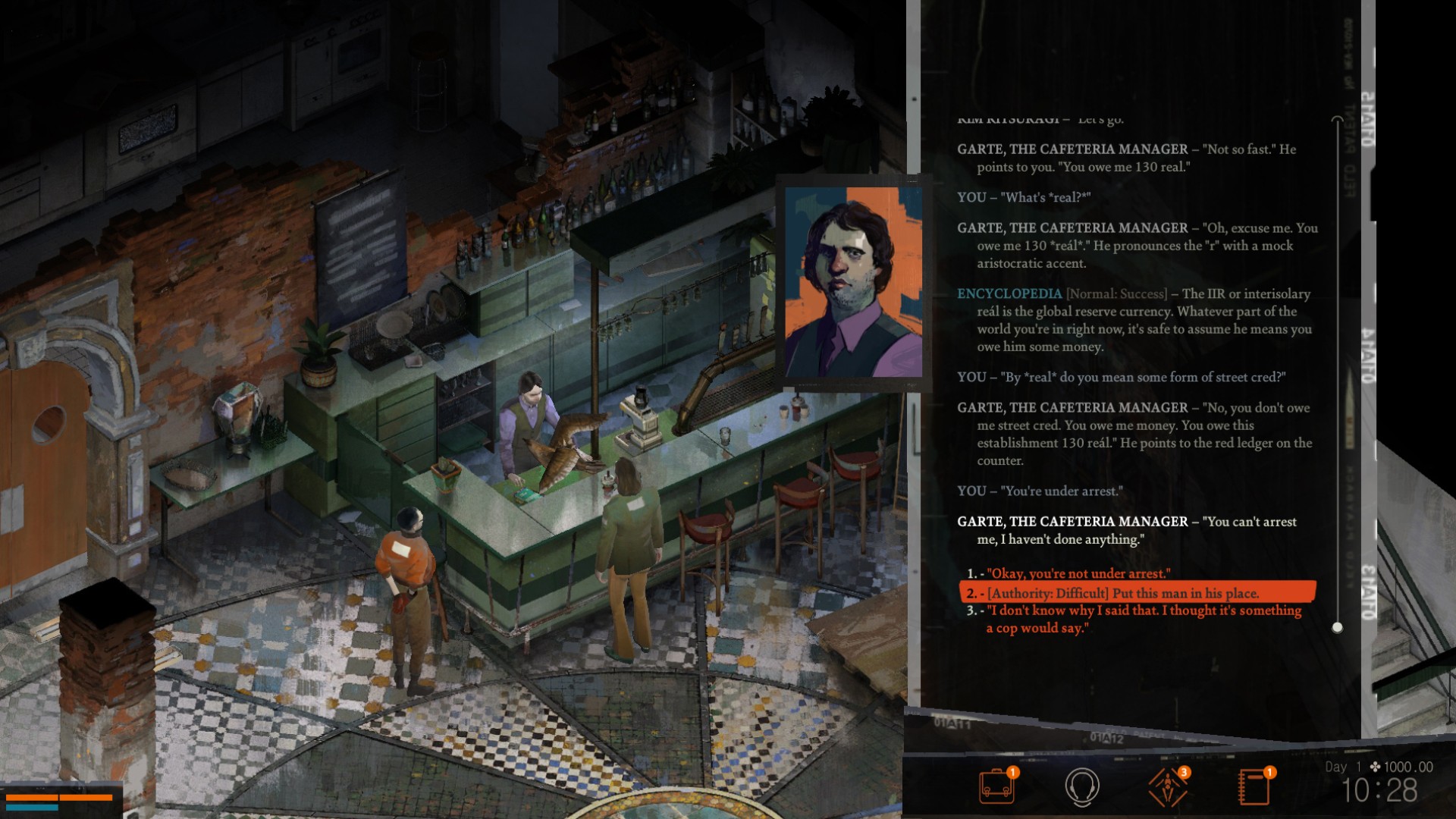 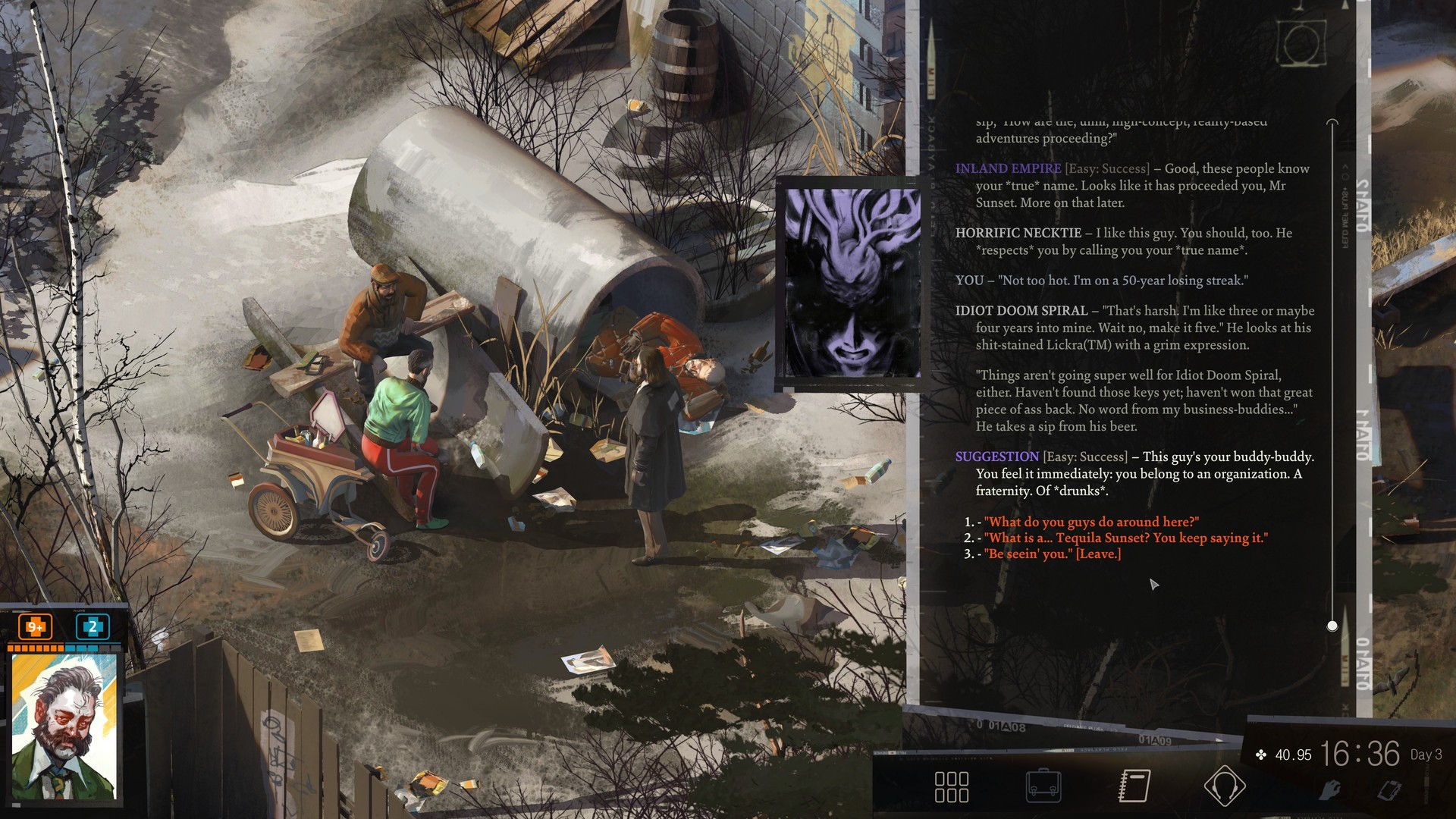 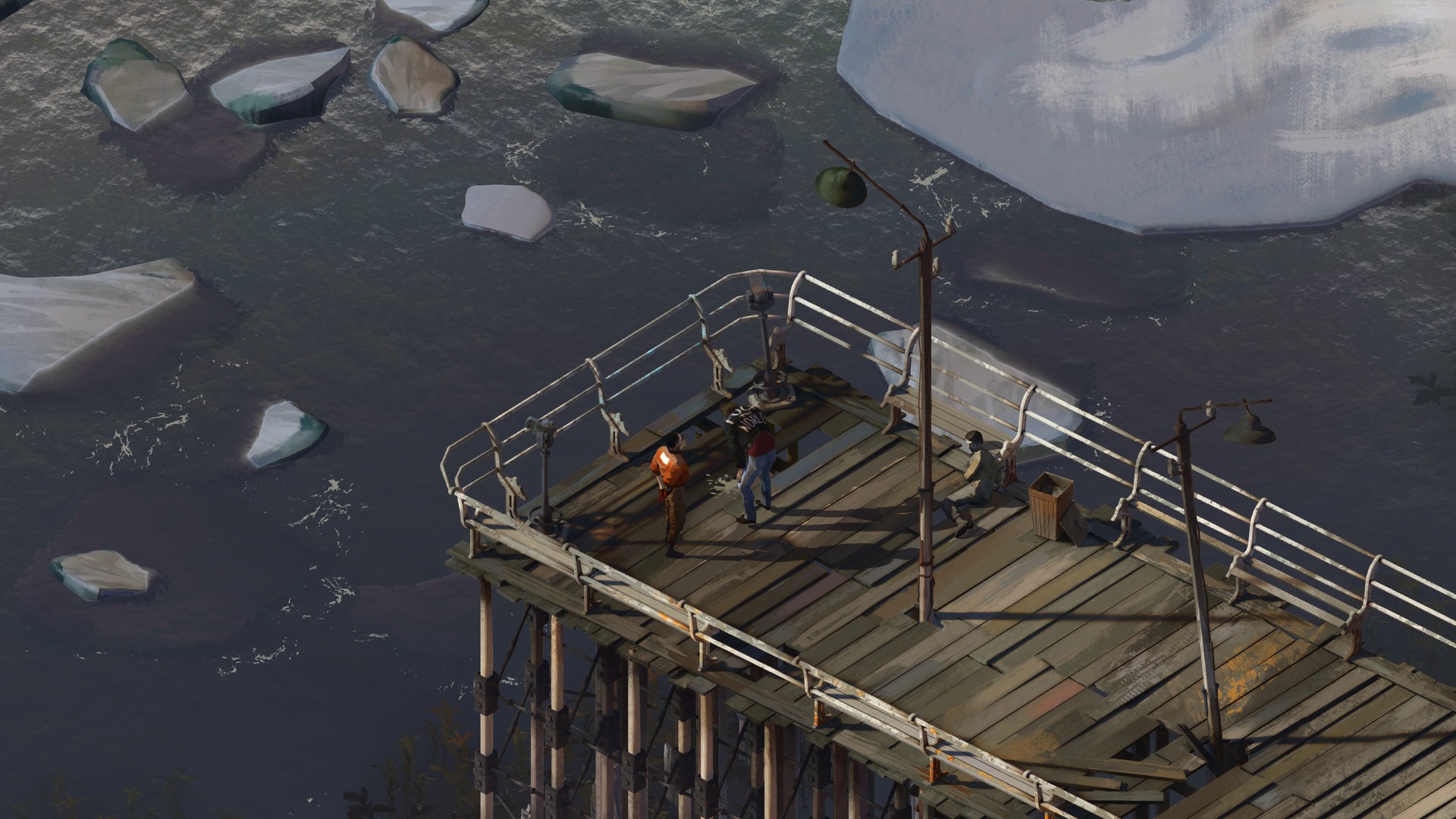 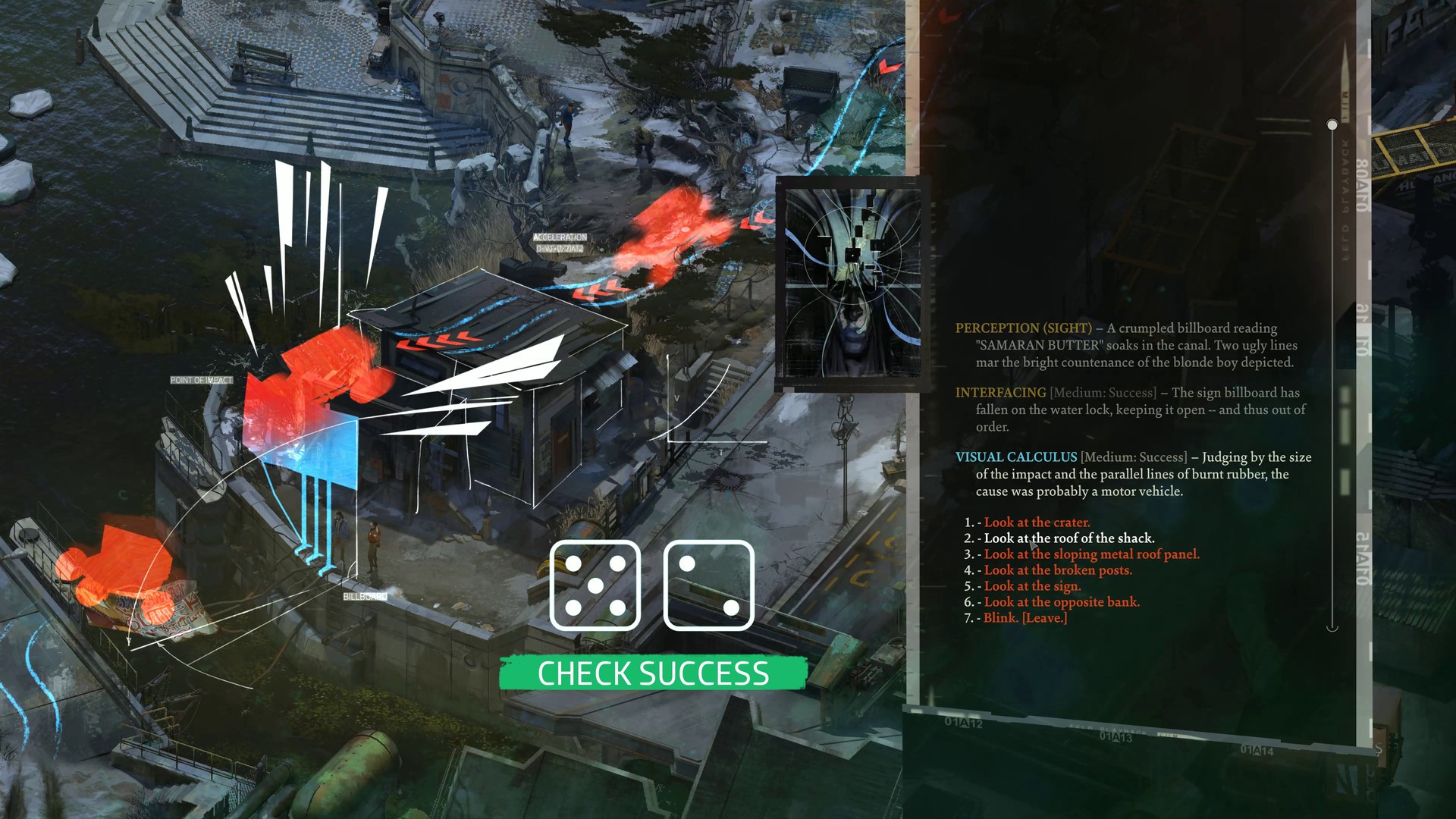 Three months after the official release, Disco Elysium received the Hardcore True Detective mode. This new game-mode was also created in cooperation with Knights. We were responsible for implementing a support system and adding special achievements for the True Detective mode. Apart from that, we also helped with the widescreen mode development, which means support for ultrawide screens. We had to redesign the entire game user interface to make it looks good and works well on wider monitors.

The launch of Disco Elysium: The Final Cut took place on March 30, 2021  - the improved and expanded version of the detective RPG came to consoles. The game received full English dubbing, 4 new missions and port to consoles (PS4 and PS5). Since last August (2020), Knights have supported the game development by porting it to consoles. We were responsible for helping with controller support and optimization. Knights also worked on features for The Final Cut extension. We added new options to the game such as stock market actions, fast movement, Twitch integration. Also, noteworthy is the biggest feature we developed - Detective mode - which was added after release, in one of the patches.

Knights saved Disco Elysium. They raised to the occasion and helped to deliver one of the best games of 2019. Making video games can feel impossibly hard. But with Knights it’s doable.

Number of Knights: 6
Time spent: 36 months
Developed partially
by The Knights
Available on:

Our other projects:
WebGL

Poki: One More Dash and One More Line

Our Knights are highly experienced in porting Unit...
PC/Mac

Mad Max inspired deck-building roguelike, where ca...
Thinking about bringing your idea to life?
Back to home Visit our blog

Services
Company
Projects
Contact Sign up for newsletter
Follow us
2020 © The Knights of Unity
*This website is not affiliated with, maintained, endorsed, or sponsored by Unity Technologies or any of its affiliates. This is an independent, unofficial site. UNITY and the Unity cube logo are registered trademarks in the United States and other countries --All rights reserved.
The Knights of Unity sites use cookies to improve and personalize your experience. The sites may also include cookies from third parties. By using this site, you consent to the use of cookies.
I UNDERSTAND
Error!Something went wrong...